Find out which candidate’s supporters are the most healthy and fit and which are lagging.

We are deep into the pre-primary season for the 2016 presidential election. Candidates are making efforts to show the voters why we ought to support them by stating – or not stating – their positions on a host of key issues. At Flyte Fitness, one issue that we think needs more attention is the candidates’ commitment to health and fitness. Although the fitness levels of the top 13 candidates (we included the three Democrats and those Republicans polling above one percent nationally) are interesting, the fitness levels of their millions of supporters are even more important.

We analyzed data shared by Facebook to determine the health and fitness levels of each contender’s supporters. Facebook knows a lot about us… a whole lot. Facebook identifies some users as “Healthy and Fit” based on consumer data indicating they are “people whose activities strongly suggest they are healthy and fit.” With apologies to Nate Silver, below are the “Healthy & Fit” rankings of each presidential candidate’s Facebook followers with a “Core Flytes Earned” rating based on their activity levels. Of course this isn’t in any way scientific, as supporters’ differences in income, geography, and age could skew the findings quite a bit… but it's still fun to look at! 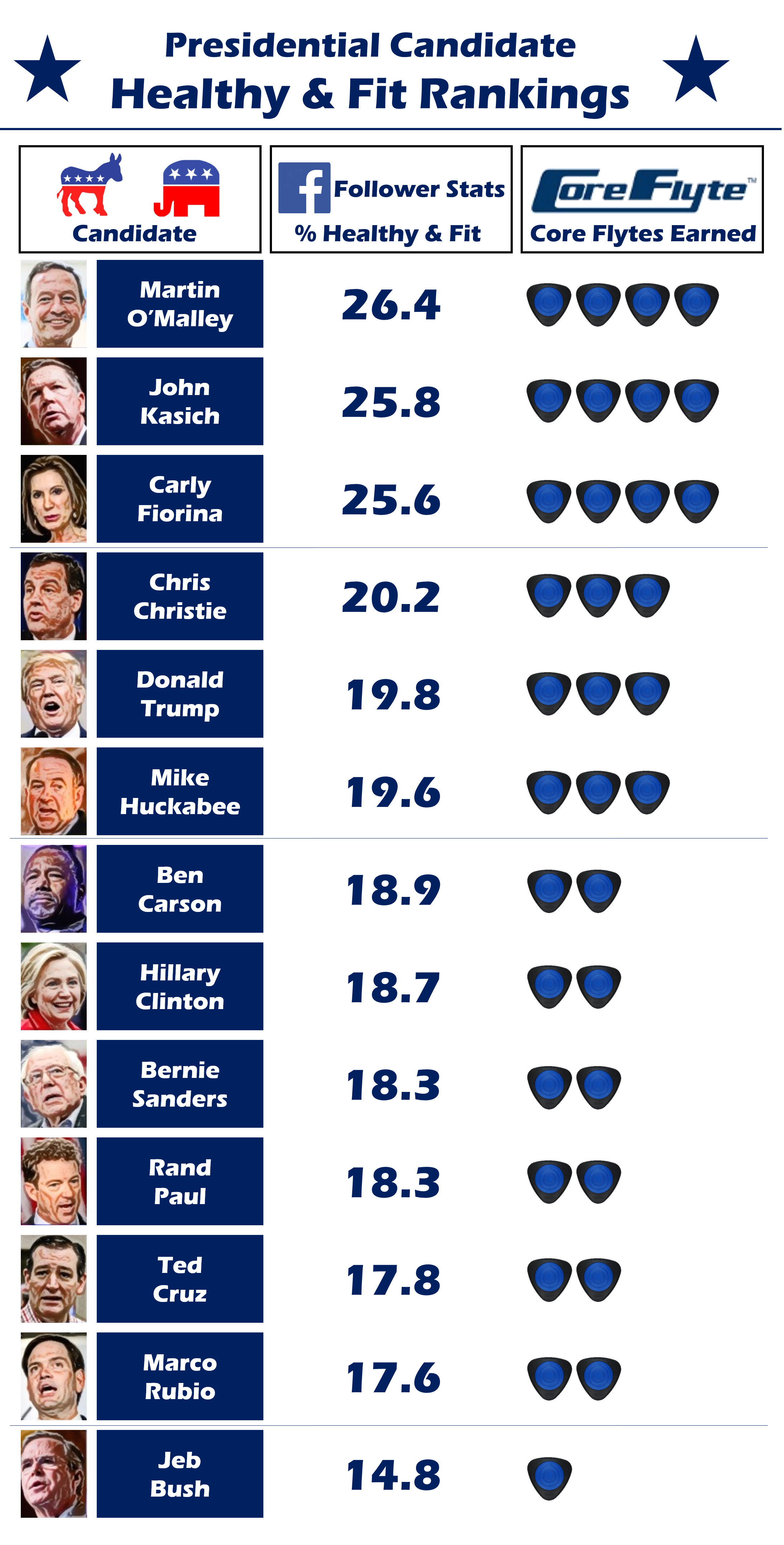 Methodology: Rating based on Facebook consumer data for followers aged 25-55. Men and women were analyzed independently and their results were averaged to determine the overall figure for each candidate.

A Closer Look at the Winners

Martin O’Malley tops the list with 26.4 percent of his Facebook followers in the “Healthy and Fit” category. We’ve sent a pair of Core Flytes to O’Malley’s campaign in honor of his first place position. The 52-year-old former Maryland governor is “an avowed gym rat,” according to USA Today. His aides say that he varies his workouts often and is a big fan of planks. Perhaps his active fitness lifestyle motivates some of his supporters to be active, or perhaps more active voters are attracted to him due to his fitness level. Either way, O’Malley’s physique has been noted by BuzzFeed’s Rachel Zarrell in an amusing tweet: 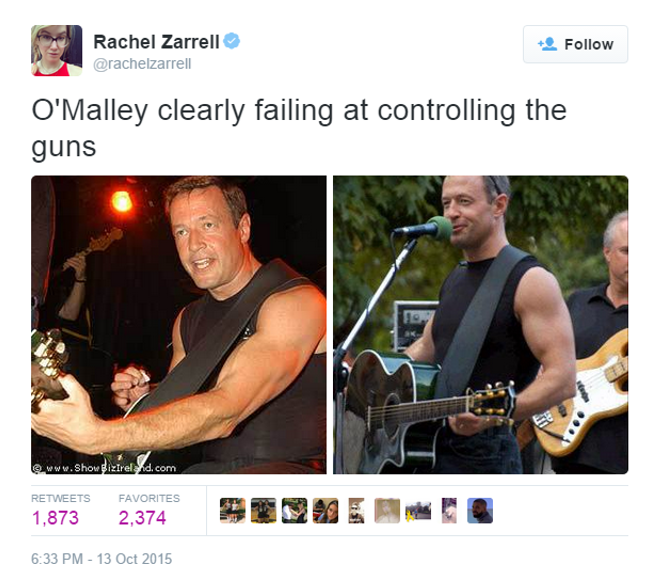 Ohio governor John Kasich is a close runner-up with 25.8 percent of his supporters declared healthy and fit by the Facebook data authorities. Although Kasich himself works out daily, he lives in the “fitness shadow” of his very active wife Karen. The first lady of Ohio runs, swims, and lifts weights regularly. She is considered a fitness role model by many citizens of Ohio, and likely by her husband’s followers as well.

Former CEO Carly Fiorina rounds out the top three. The 60-year-old works out with free weights at home and participates in Pilates in her hotel room when on the road, according to her aides. Fiorina is the only candidate in our analysis whose male supporters have a higher healthy-and-fit rating than her female supporters. She’s used to working with male-dominated boardrooms, so it’s no surprise that men that support her are especially active.

A Closer Look at the Laggards

Florida didn’t fare too well in our analysis. The two Floridian candidates finished last in our ranking. Only 17.6 percent of Senator Marco Rubio’s Facebook followers are healthy and active. Not good.

However, it’s Jeb Bush’s supporters who scored the lowest – by far. The former governor’s followers came in dead last with a feeble 14.8 percent, close to half the rate of O’Malley’s supporters. 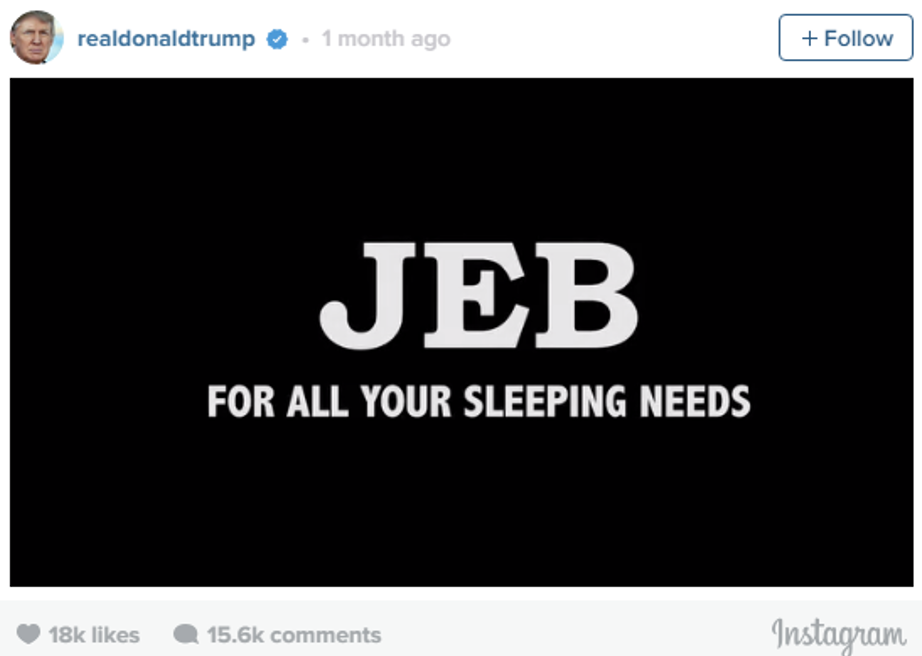 For months, Trump has hammered Bush for being “low energy,” and it seems as if his supporters fit the bill as well. Bush has struggled with his weight his entire life. He recently lost 40 pounds due to working out with a trainer, eating a strict Paleo diet, and taking on grueling CrossFit workouts. Hopefully, his supporters will follow suit and show a bit more energy in their activity. We have sent the Bush campaign a pair of Core Flytes to help raise the energy level.

We’d love to hear from you. What are you most surprised by from these not-so-scientific findings? Comment below or on our Facebook page at facebook.com/flytefitness or tweet us at @flytefitness.